Before explaining the benefits of Low-Code Application Development or No Code App Development Platform, let’s first understand the problems with the traditional method of application development. The traditional process includes an enormous amount of coding, involves interrupted maintenance and has bugs that need to be found and fixed.

A new update in any application (either for web or for mobile) means the old code has to be adapted, more code means more places for bugs to hide which leads to extended checkouts or outcomes.  Every single original line of code must be debugged, code that has to be read understood and supported.

Code based application production process involves business analysts, technical experts, database administrator, UX/UI developers, many developers to code, testers and project manager and all that code they add to the system, while expanding its capability, also increases a whole basket of costs.

This process takes more time from original requirements to a deployed application, through inadequate ability to collaborate, often results in an unsatisfactory final product. For making more code requires more developers, which is a never-ending process in application development life-cycle. 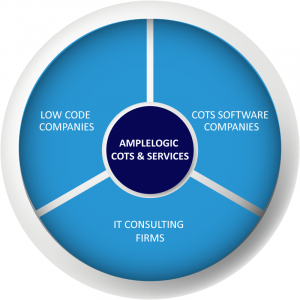 With the traditional approach, the problem is that a person is not able to really change the functionality or a feature easily, especially when the coding language is unknown. Every time coding will consume a lot of time and an increase in costs to the organization. To avoid these things and to get satisfactory results no code platform comes as a rescue to organizations to shorten time, cost and to increase productivity in application development.

Definition of No Code application development platform simply states that fewer people are required to build an application with the no-code platform. The visual platform is successful in making different applications with different modules and guarantees the success because the developer and the client who needs the app can work and discuss together due to the common language and collaboration ability that no code development platform provides. No code simply provides configurable application software.

This process results in 70% fewer resources means applications can be delivered eight times faster than the traditional development. It’s not only about developing faster but about delivering the desired application of business, shortening time to value.

Not everyone wants to spend the kind of money and time it takes to implement new or re-code existing enterprise software each phase your business requires change, so here are the benefits of no code application development platform software: 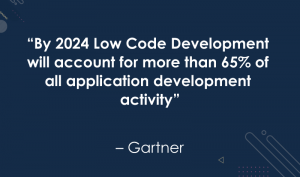 Explore Lowcode Platform Contact Sales
We use cookies on our website to give you the most relevant experience by remembering your preferences and repeat visits. By clicking “Accept”, you consent to the use of ALL the cookies.
Do not sell my personal information.
Cookie SettingsAccept
Manage consent

This website uses cookies to improve your experience while you navigate through the website. Out of these, the cookies that are categorized as necessary are stored on your browser as they are essential for the working of basic functionalities of the website. We also use third-party cookies that help us analyze and understand how you use this website. These cookies will be stored in your browser only with your consent. You also have the option to opt-out of these cookies. But opting out of some of these cookies may affect your browsing experience.
Necessary Always Enabled
Necessary cookies are absolutely essential for the website to function properly. These cookies ensure basic functionalities and security features of the website, anonymously.
Functional
Functional cookies help to perform certain functionalities like sharing the content of the website on social media platforms, collect feedbacks, and other third-party features.
Performance
Performance cookies are used to understand and analyze the key performance indexes of the website which helps in delivering a better user experience for the visitors.
Analytics
Analytical cookies are used to understand how visitors interact with the website. These cookies help provide information on metrics the number of visitors, bounce rate, traffic source, etc.
Advertisement
Advertisement cookies are used to provide visitors with relevant ads and marketing campaigns. These cookies track visitors across websites and collect information to provide customized ads.
Others
Other uncategorized cookies are those that are being analyzed and have not been classified into a category as yet.
SAVE & ACCEPT